It is hard to miss Jacob Oram on the pitch, and not just because of his 1.98m height. He has a high degree of agility in the field, where his skills were developed as a schoolboy representative soccer goalkeeper, and he complements that with solid medium-fast bowling skills and a naturally aggressive approach with the bat. Foot problems during the summer of 2001-02 meant he missed a season at a vital stage of his development, but he came back strongly in 2002-03 and sealed a place for himself in both the Test and one-day international sides. In 2003-04, he narrowly missed out on a century, as he struck 97 against Pakistan. But in the first Test against South Africa, he carved 119 not out and then 90 in the second Test, which earned him a touring spot for the England series in 2004. Oram continued to acquit himself well, and maintained his place for the Bangladesh tour in 2004-05. After suffering a stress reaction to a back injury, he missed Australia's tour of New Zealand in 2005 but returned to hit a delightful hundred, his third in Tests, against South Africa at Centurion in April 2006. His one-day game peaked at the CB Series in 2006-07, where his impressive striking rattled both England and Australia. His first ODI century, an amazing 101 from 72 balls against Australia, almost got New Zealand over the line in a huge run-chase at Perth. He broke the ring finger on his left hand taking a catch on the boundary in the Chappell-Hadlee Trophy series soon after but made it to the World Cup. His comment that he would 'chop off his finger' to play sparked frenzied reaction in the media but was meant in jest and he went on to average 33 with the bat and 25 with the ball as New Zealand reached the semi-finals. His ongoing injury problems prompted him to retire from Test cricket in 2009, though he intended to play on in Twenty20 and one-day internationals, as well as for Chennai in the IPL. 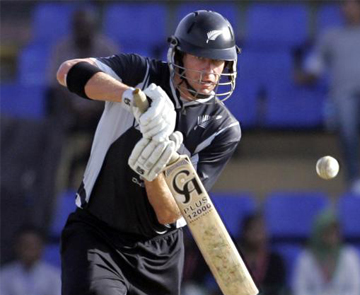 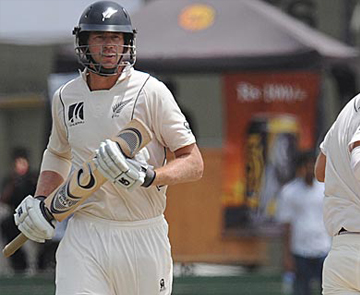 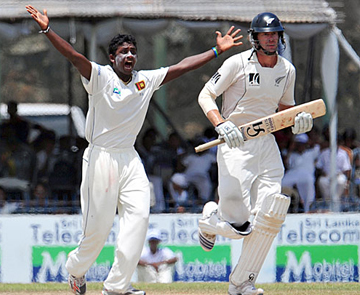 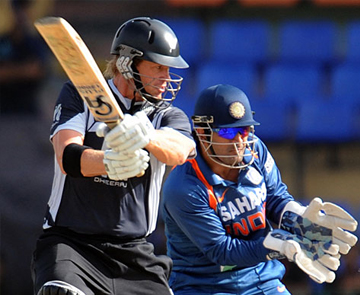 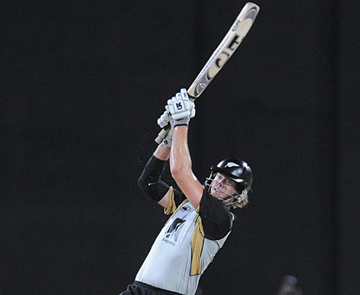