Umar Akmal burst onto the international scene oozing class, and drawing the highest praise from experts. In his first Test innings, against New Zealand in Dunedin against an attack which included Shane Bond and Daniel Vettori, the 19-year-old Umar scored 129 in an innings when no other specialist batsman touched 30. His fearlessness at the crease and his wide array of strokes had pundits gushing for superlatives, as throughout that series and on the tour to Australia which followed, Umar consistently got starts. Given that he had also scored a century in his third ODI, and that Pakistan were on the lookout for middle-order talent, it appeared Umar would be a certainty in the team in all formats for several years to come. Sadly, the second chapter of the Umar story hasn't been as perfect. His form deserted him in 2010, and he didn't help his cause by getting into trouble with the authorities: in June 2011 he was issued a showcause notice for giving unauthorised interviews to the media. Soon after, he was dropped from the Test side for the series against Sri Lanka in the UAE, with the selectors suggesting that he return to domestic cricket and rediscover the ability to bat long periods and score big hundreds. With age on his side, though, Umar still has plenty of time to get his international career back on track. 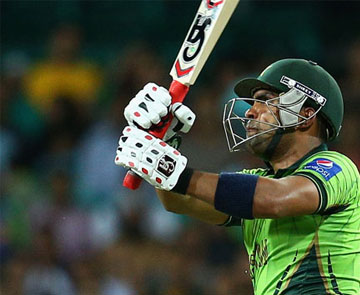